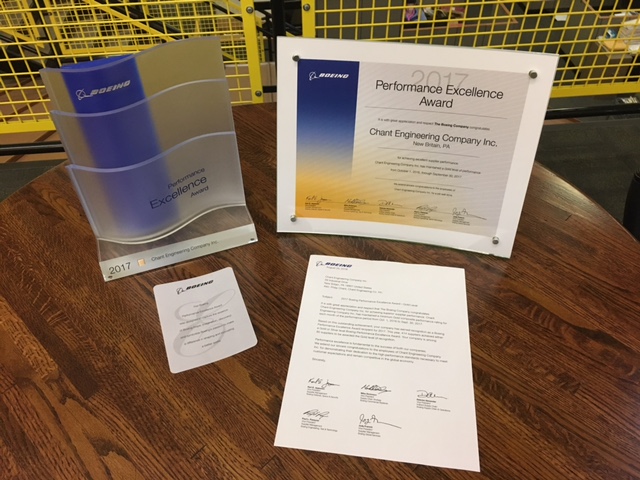 For the third consecutive year, Chant Engineering Co. Inc. is honored to receive the 2017 Gold Boeing Performance Excellence Award. This award was designed to capture the essence of The Boeing Company which represents hope, imagination, and discovery. It also symbolizes Boeing’s passion to make a difference in shaping and innovating a better world. Boeing presents this prestigious award annually to recognize suppliers who have achieved superior performance.

“It is with great pride that Chant accepts this significant award from Boeing. Our corporate goal is to create superior products while maintaining a very high level of quality and performance as our continued commitment to excellence,” said Phil Chant, Chant Engineering’s President.